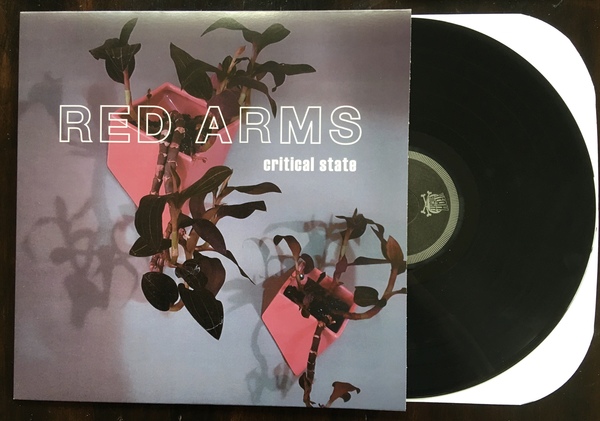 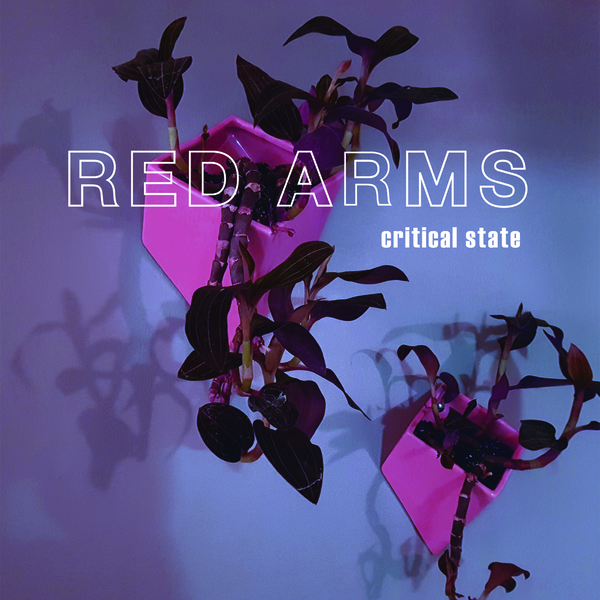 This item is coming soon.

COLOR VINYL IS SOLD OUT!

Remaining “willfully obscure” no longer, London, Ontario rock n’ rollers Red Arms are releasing their first full-length album Critical State via Yeah Right! Records on September 13th and they want you to know about it.

A band since 2013, Red Arms have released two EPs, and earned themselves a spot on CBC Radio 3’s Top Punk Bands of 2015 with a single off their first EP release, “Welcome to the New Cold War.”

But that was eons ago, and the band is shaking off their Soviet era post-punk aesthetic, in favour of something accessible to everyone, says guitarist and vocalist Eric Longtin (Snacks?, Get Party! Records, Bullying the Jukebox). Longtin designed the cover art with local artist Jeremy Bruneel, featuring a moody, brooding image of two planters matching the plum vinyl Critical State is engraved on.

Their debut song off Critical State, “Ran Away” splices images of the band in the studio, the woods and the Forest City juxtaposed with a vintage “How to Run” tutorial. Produced and directed by Justis Krar (of Single Mothers), the letterbox resolution video features fragmentation and image distortion, reflecting the song’s themes of isolation, running away and suicide. Krar’s visual storytelling style embodies the messages Red Arms hoped their song would carry.

Like everything Red Arms does, Critical State was recorded meticulously over a year and a half in a studio in guitarist Rob LoRusso’s parents’ “Italian nonna circa 1975” style basement. Sticking to their signature loud post-punk “guitar gymnastics,” the album is threaded with pop melodies and plenty of tonal dissonance.

Guitarist and vocalist Eric Longtin is a perfectionist, says LoRusso, while he favours imperfection, so what you get between the two of them is a whole lot of woodshedding.

At their first jam, LoRusso wanted to impress Longtin with a riff he’d come up with, while Longtin brought his own, and somehow the two melodies blended perfectly together. The serendipity wasn’t lost on LoRusso.

"At that point we knew we were on the same page.”

Embedding lyrical storytelling that touches on politics and personal reflections with thick distortion and catchy riffs, Red Arms will please fans of Sonic Youth, Billy Bragg, The Clash, Jawbox, Hüsker Dü, and Dinosaur Jr. to name a few, and the album is peppered with post/punk rock easter eggs. Even though they had the songs hashed out between them, the unique quirks and contributions of drummer Jay Westman (Baptized In Blood, The Weekend, The Matadors) and bassist Curt Murder (Limiter, Daily Murders)’s were integral to filling out the album’s sound.

“We've been buds for years,” says LoRusso. “We wanted to make this the best possible thing we could record.”